Normally, as you know if you visit my blog, I only blog my crafts, however History is in the making here. As with the Queen's Jubilee it is so important I wished to proudly record it.The Gloriana rowbarge with the Olympic flame on board has arrived at Tower Bridge and is heading over towards the floating Olympic rings moored on the Thames. There, 22 year-old Amber Charles from Newham who was part of London's Olympic bid aged 14, will carry the lit torch.
Did you know? That torch  has 8000 holes in it representing the 8000 miles that it has travelled and the 8000 people who have had the honour of carrying it... How cool is that?
Now where's that little flag we got for the Jubilee? I shall find it and probably wave it while I watch the ceremony...
Who will carry the torch on it's very final leg to the cauldron? Care to take a guess with me? Here's 3 of mine James Bond? (Daniel Craig) Harry Potter? (Daniel Radcliffe) Well,  what about a Wild Card guess? there was a great episode of Dr Who some years ago with David Tennant carrying the flag into the Olympic Stadium... you never know! After all it is directed by Danny Boyle 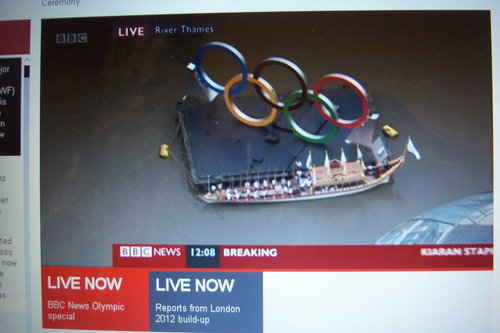 This has bought a proud tear to my eye, soft thing that I am!  Looking forward to the ceremony this evening, proud to have seen the torch in Hove. Good Luck to ALL Thanks to the BBC for their great coverage today, fab live feed, using 'Heroes' (David Bowie) as background for one of the montages is a nice touch too... I may update this post during the day

Posted by anna christensen crafts at 12:30

What a lovely post Anna, no I did not know that about the torch, how fascinating. I am beside myself with excitement over the Olympics and cannot wait for tonight's ceremony - no blogging for me tonight! My heart wants David Beckham, because he has been let down in my opinion, but my head says Steve Redgrave, our current greatest Olympian but I would also be very proud and pleased if it was Bradley Wiggins........Whoever it is there will be good and bad said by many which is a shame. Roll on 9pm! Hugs, Anne x

Just catching up with blogging on the laptop as I watch the ceremony. Danny Boyle needs a knighthood - he has seriously done us proud. And how much of a good sport has the Queen been!! Loving the corgi acrobatics!!! Makes you genuinely proud to be part of this great nation. Hugs, Buttons x

WOW! Anne you were right! Buttons I AGREE Danny Boyle and his cast of 1500 did us proud. From the moment Kenneth Brannagh read Caliban's speech I was entranced. He was wonderful, especially considering the fact he took the role on at the last minute. The Queen was amazing. Such a staggering and quintessentially English opening ceremony - Glorious xx

Aren't you a wealth of knowledge! This has been a very eventful summer for your country! I'd love to go to the Olympics!!!

Els begins with an E 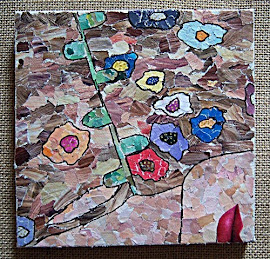 anna christensen crafts
Hove, East Sussex, United Kingdom
Hi! my name is Anna. I am lucky to live close to the sea in Hove, England. I am a proud mum to one delightful daughter and a lecturer in a local FE College. In my spare time I love to craft, especially anything that involves stamping, distress inks and paper, though I love knitting and sewing too and think it important to keep 'country crafts' going) I made those cute little sock dolls (Doris and Boris) that are the picture on my profile!

Thank you so much for following 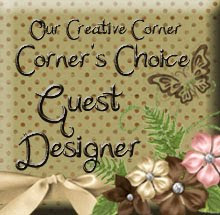 I won a lovely prize!

Proud that my work featured on: 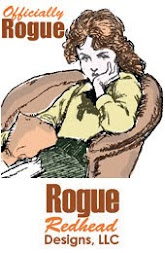